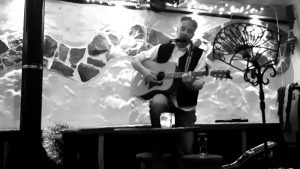 From an early age I played music, sang and listened to records on an old Bush record player – remember the type? With the big bent arm that clunked over and dropped the vinyl with a muffled crash, the heavy needle arm jerking into action, hissing and spitting and cajoling music out of the magic black disc? (You could even stack up several records at a time and they would be dropped one after the other, although this was frowned upon.) I loved (still love) the reverent ritual involved in the playing of the vinyl records, the careful sliding out of its sleeve, blowing any dust, real or imaginary from the shining surface, a wipe with the special cloth if necessary, delicately holding only the very edge of the record, placing it on the centre rod, blowing the needle (never touching!), gently clicking the play button and quietly backing away so as to not to make the needle jump! 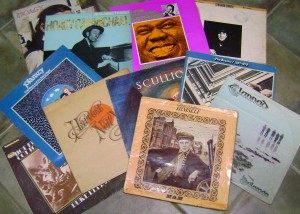 In our house, the range was eclectic and catholic, from Irish Rebel Songs to Hoagy Carmichael to musicals and even spoken word recordings. In fact, siblings and I played the soundtrack of Oliver so often that to this day when I hear the songs in his head they include all the jumps, skips and sticking points: “O-..liver..liver..liver..!” Early favourites and influences include the aforementioned Mr.Hoagy Carmichael, The Beatles, Gilbert O’Sullivan’s debut album and especially, the wonderful Horslips who also introduced him to traditional Irish music. My first LP was Leonard Cohen’s “Songs from a Room”, followed by Neil Young’s “Harvest” and then Planxty’s black album. Always appreciating good song writing, Scullion and Ardeeman, Kieran Halpin were and always will be, particular favourites. 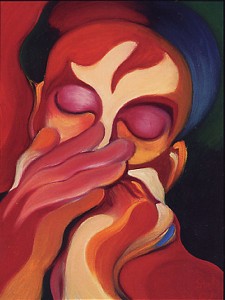 “The fact that he is a published poet is evident in Paul’s lyrics and his ability to capture an emotion, situation or atmosphere is central to his song writing. The songs, like his influences, range from the quiet, sad ballad to quirky rock songs and his interest in politics and current affairs spills out too, in his many songs of protest and social comment. Humour abounds in even his more profound songs and some are out-and-out comedy classics!” The Argus